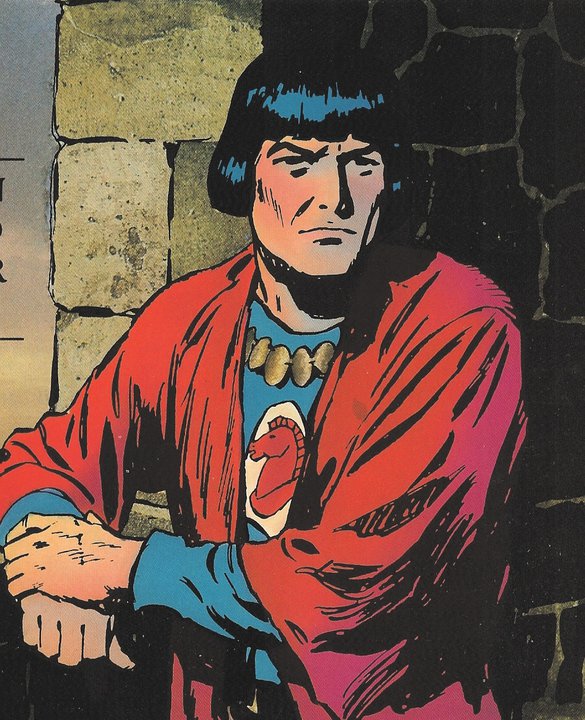 Comments on the Prince Valiant?

Chances are you’ve seen it, but never read it, except for that time you tried, because it was there and it looked so beautiful. You may have wondered, who reads this?

Prince Valiant has likely been in the newspapers as long as you have been looking at them. He began his Arthurian quest, through the sixth century, in 1937. Other American comics have longer runs. Since Little Orphan Annie finally left syndication (1924-2010), Prince Valiant is the sixth-oldest, active strip behind Blondie (1930-present), Popeye (1919-present), Barney Google and Snuffy Smith (1919-present), Gasoline Alley (1918-present), and Katzenjammer Kids (1897-present). The other old timers, though, deal with some aspect of American culture, while Prince Valiant inhabits an age so far removed from our own, reading it requires energetic imagining and historical recollection..

Some people adopted the comics pages before they could read, using a picture-reading skill to narrate a story. As words became available the deeper treats emerged, and, at first, the characters with fewer words conquered the more loquacious ones. For many, Prince Valiant remains a foreign land.

Like, Krazy Kat, another comic strip of the twenties and thirties that enticed a narrow but dedicated following, Prince Valiant scores high enough in the reader polls to keep its syndication. Unlike Krazy Kat, Prince Valiant is not whimsical, or humorous, or intellectually challenging. It taps a different inner spring: adventure. Prince Valiant connects to an older strain of human entertainment, one that originated before Hal Foster drew his first Prince Valiant in 1937, before the introduction of Katzenjammer Kids in 1897, before Chaucer, before Beowulf, before the Roman and Greek playwrights. Prince Valiant reaches all the way down to Homer, the original rhapsode of wander lust. 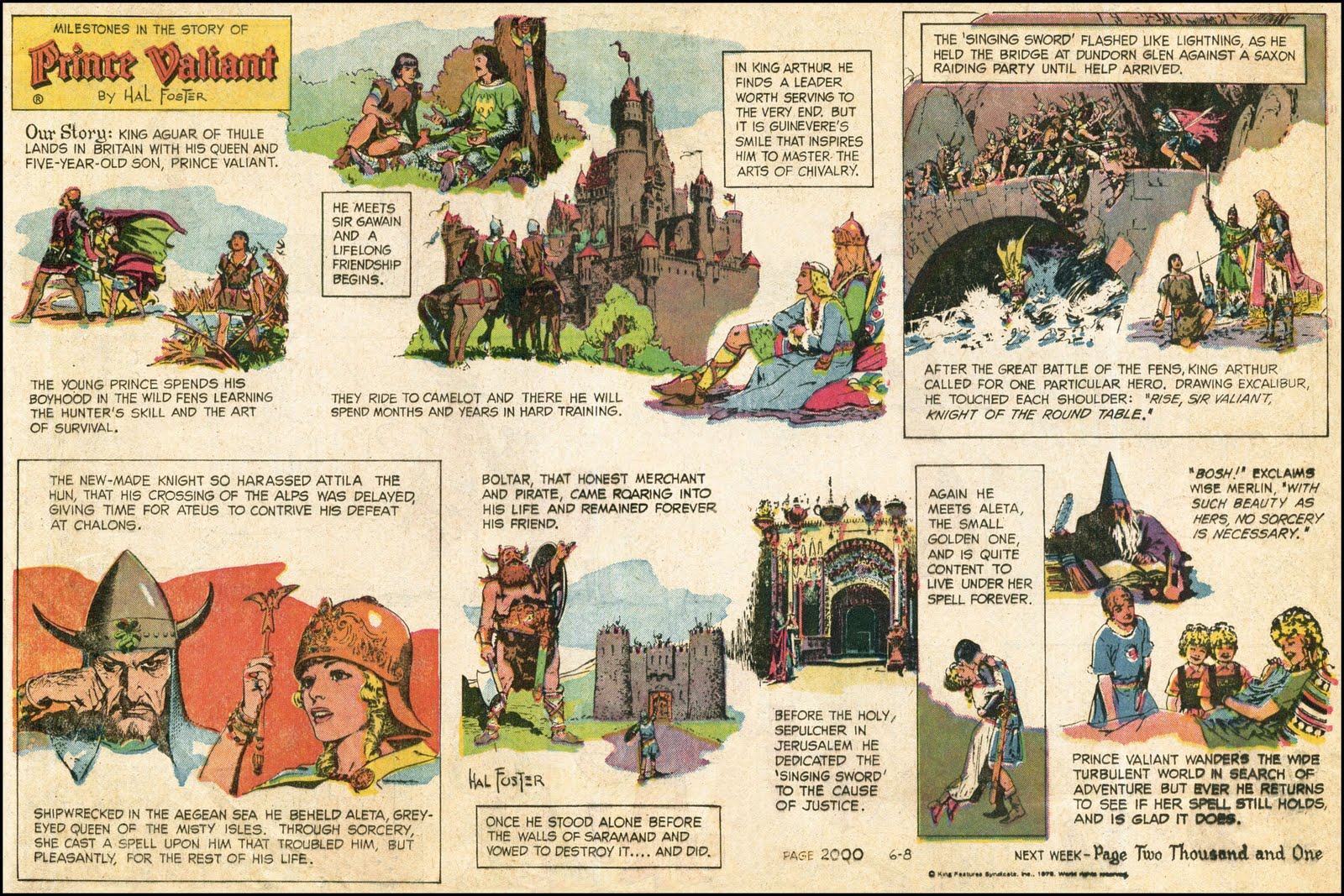 The link above is to the blog, A Prince Named Valiant.

Prince Valiant is on a changeable quest, an epic adventure. He is always meeting the next foe, seeking the next lost person or thing, overcoming the next obstacle, and defeating the strongest and most devilish of villains. And through it all, since 1937, his story has been told with a graphic eloquence worthy of Homer. Hal Foster began the tradition of gorgeous artwork, skillfully drawn in bold, flowing lines. He personally selected the artist to replace him, and the tradition has been faithfully carried forward. Carefully selected authors script the stories, with a tradition of fidelity to the ever-expanding canon.

There don’t seem to be published studies on Prince Valiant’s readership. Anecdote, though, indicates strong feelings distributed into mismatched populations. The links below go to some blog discussions.

It is an artfully done comic strip. Its stories are more adult, and less silly than most things on the comics page. It will probably continue to interrupt the scanning glance, even as it speaks to its small, but stable readership. “Who reads this thing?” many will continue to ask. No one will answer, because the readers won’t hear the question.

HERE ARE SOME PRINCE VALIANT COMMENTS DECORATING THE BLOGOSPHERE

Who in the world cares about Prince Valiant?