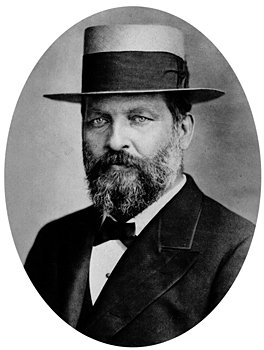 This picture of James A. Garfield links to his brush with Pythagoras, as told by Williams College. 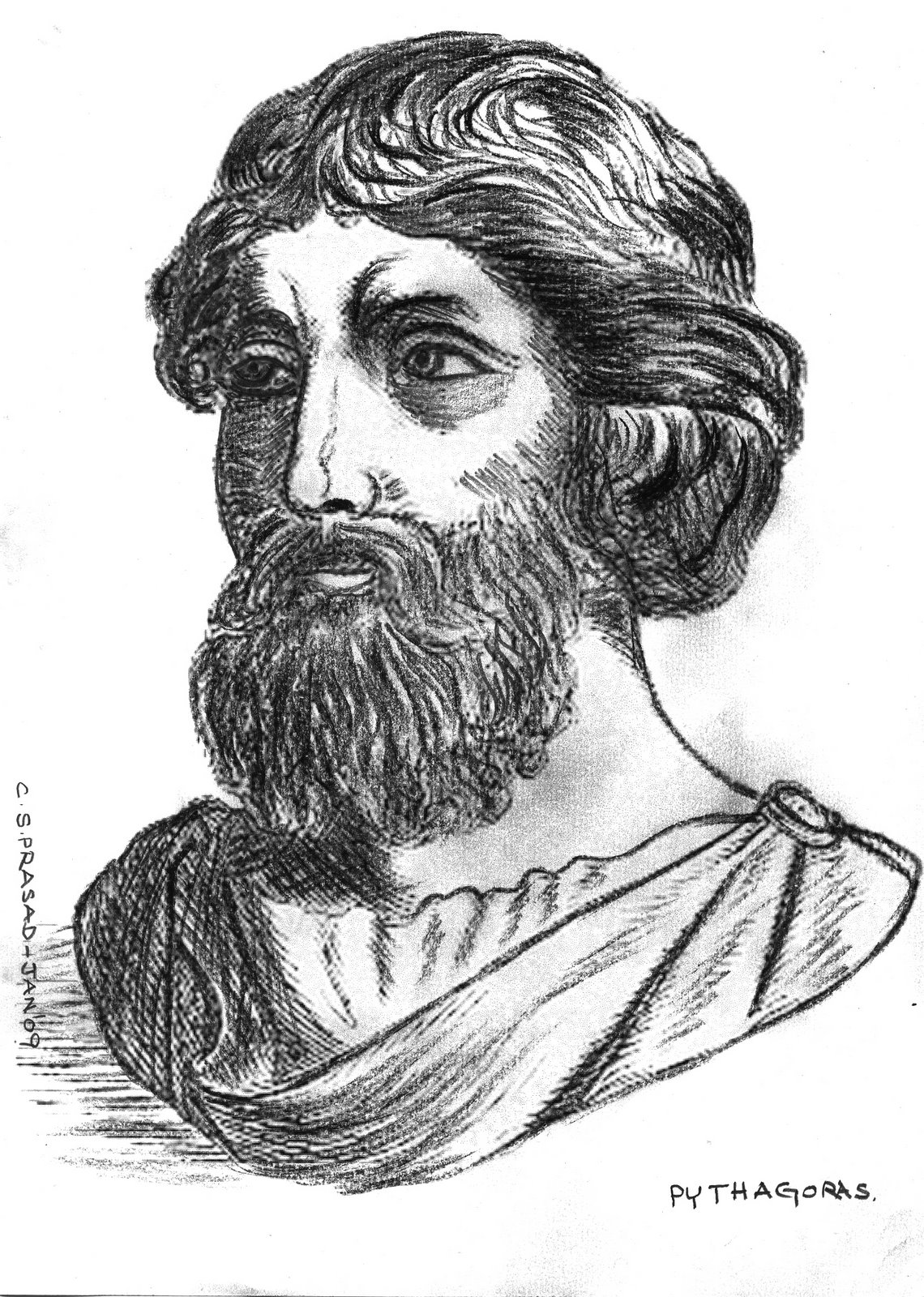 James A. Garfield has sometimes been called the best president we never had. That is speculation, whether informed or not. The fact beyond speculation is that Mr. Garfield is the only U. S. President to publish an original proof for a major mathematical theorem. The Theorem is named for Pythagoras, who gets credit for about everything that happened in ancient Greek mathematics, since we don’t have many names from that time, and his name graces the most famous of ancient mathematical cultures. His theorem is also known as Euclid's 47th proposition, a fact less known but important to Garfield's proof. Or maybe a book on the history of the theorem, also a click away.

Pythagoras (569-500 B. C. E) was born on the island of Samos in Greece. He studied in Egypt, ancient even at that time, and founded the Brotherhood of Pythagoreans, a mystical cult of numbers. The Pythagorean Theorem was codified by the Pythagorean school, was widely known across the ancient world, and comes down to present times as the ubiquitous participant in almost all of science and mathematics. It might be the most widely proved theorem in mathematics, and the only one for which an original proof was offered by an American president. Study any branch of mathematics or science and you will shortly encounter the Pythagorean relationship between the sides of a right triangle. That's because popular spatial references involve systems of coordinates that rest on right angles. Finding your way through such a maze of ninety-degree turns must involve Pythagoras. Even Einstein found a proof at an early age.

You may have heard Pythagoras wasn't the first with his theory...here's the story. 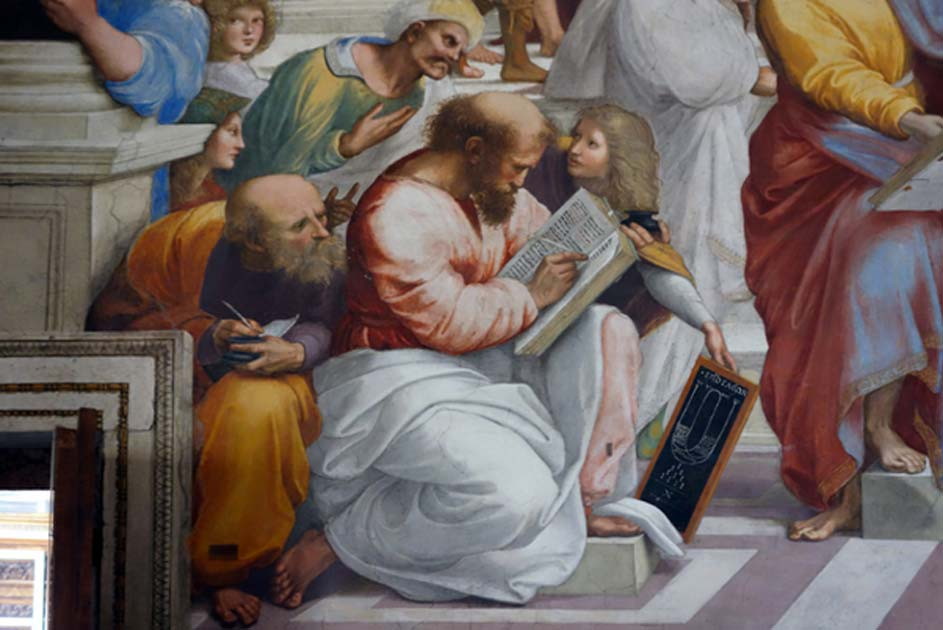 The University of Minnesota reinforces the idea of Pythagoras as late arrival to his theorem. Link above.

Mr. Garfield proposed his unique proof while discussing mathematics with his fellow members of Congress, in 1876. Few things more clearly illustrate the vast disconnect between that time and ours, than the idea of members of the United States Congress discussing mathematical proofs for recreation. Yet, that seems to have been exactly what was happening when Garfield first revealed his proof. He later had it published. What does that have to do with Euclid's 47th proposition? Mr. Garfield was a Freemason, and Euclid's 47th Proposition occupies a central place in certain Masonic ritual, according to those who claim to know about the inner secrets of the organization. 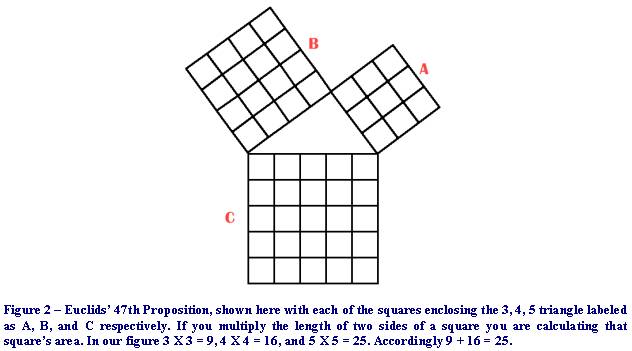 Garfield may have been interested in the Pythagorean Theorem because of it's significance to Freemasonry, an organization he may have joined. The Masons may call it Euclid's 47 problem. No one's admitting anything. 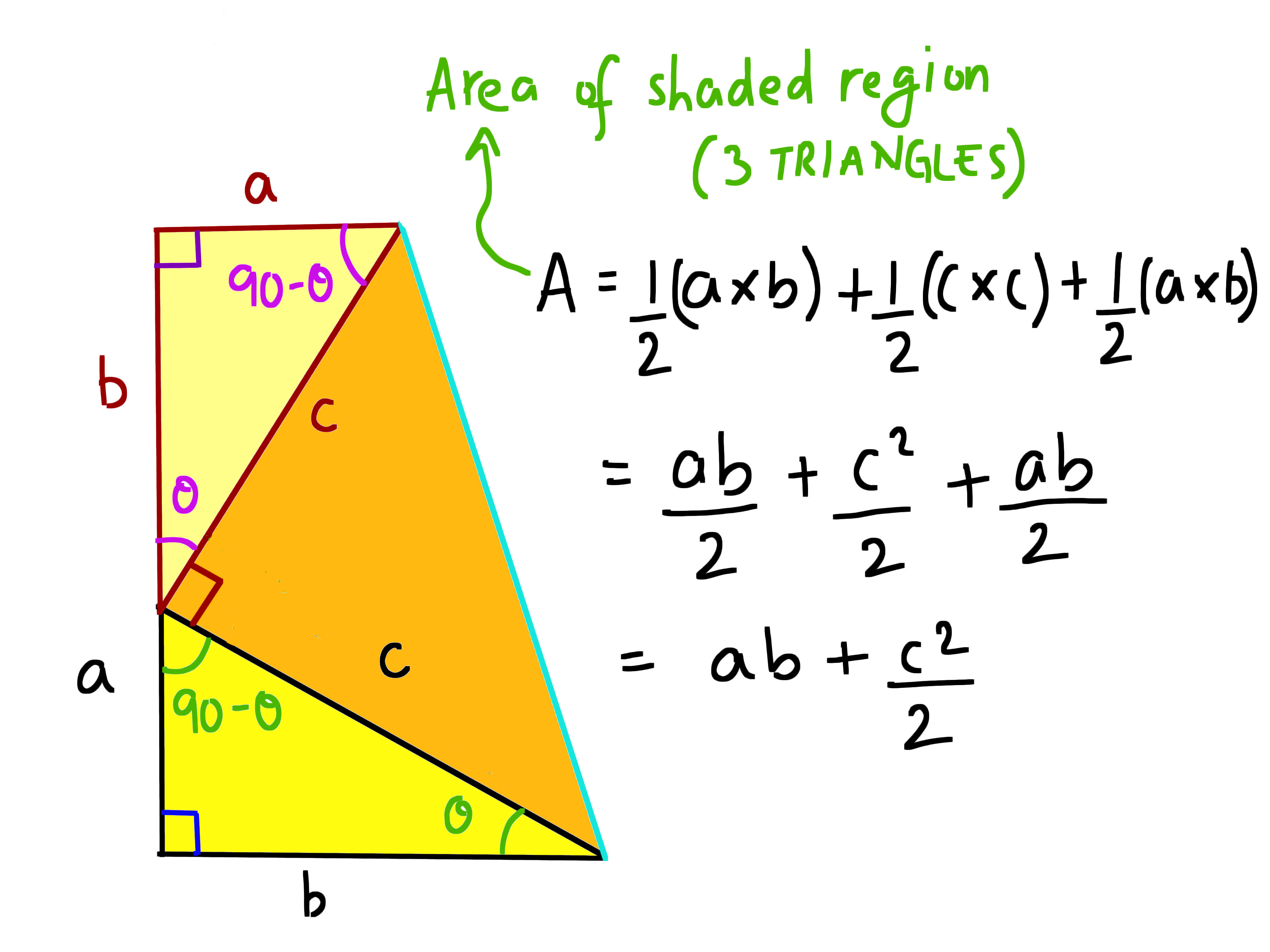 Here's how Garfield saw the proof going, link above. 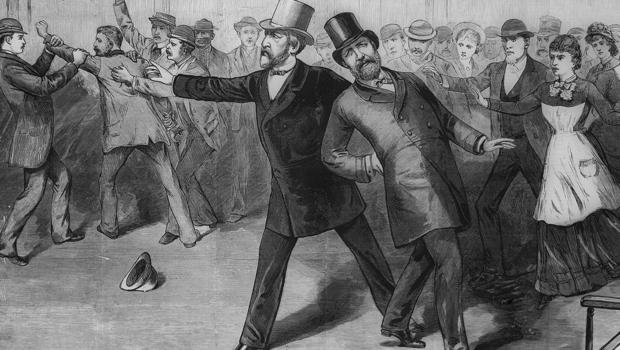 Surely you want to know the specifics of Garfield's murder, link above. 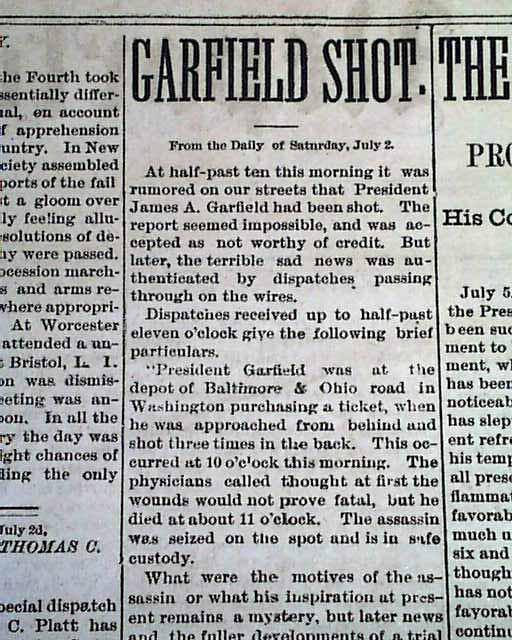 Perhaps you'd prefer a slide show on his murder, link above.

Mr. Garfield, as we learned in American History, was the second president to leave office by assassination. He served only 200 days, and his killer exclaimed as he was taken into custody, “Now Arthur will be president.” The assassin was not referring to the King of the Round Table, as delusional as he seems to have been, but to Chester A. Arthur, 21st President, the Vice President at the time, and previously the Customs Collector of New York. All of this is discussed at length in “Dark Horse: The Surprise Election and Political Murder of President James A. Garfield,” by Kenneth D. Ackerman. Also discussed is President Garfield's medical care, which almost certainly killed him. Who in the world cares about Garfield and Pythagoras?