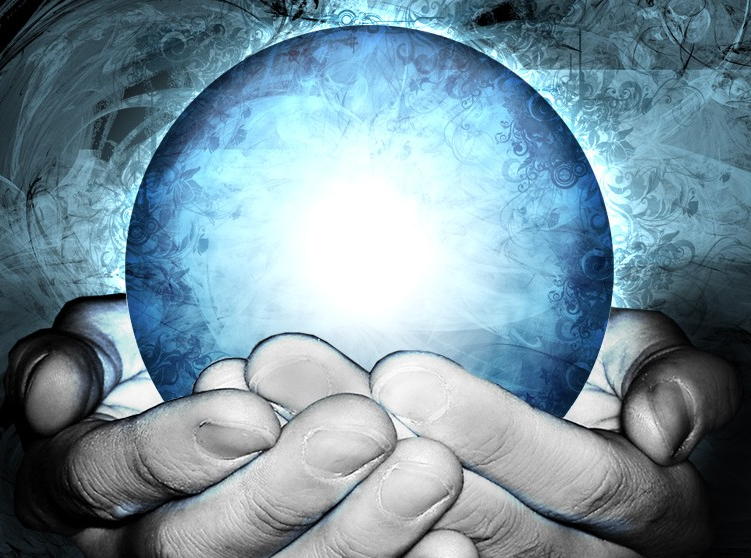 Predicting the future has left an audacious trail of augury and myopic glimpses of the present. Does anyone ever get it right?

Lawrence Peter Berra has been quoted as saying, "It's tough to make predictions, especially about the future." Yogi also supposedly said, "I didn't say half the stuff I said." Attribution flies afar from the Yankees' philosopher-catcher.

Niels Bohr is a candidate for the future-prediction quote, as is Karl Kristian Steincke (although he said it in Danish, so who can know for sure?) and Mark Twain. Still, the logic of the phrasing fits with "Good pitching will stop good hitting, and vice versa," so Yogi gets our nod.

Difficulty with the quote is almost an object lesson in future prediction, visualized, as it is, from our vague understanding of the past, and nebulous vision of the present, that is to say, from the ordered totality of our memories.

Yogi's maxim has never stopped anyone from making predictions, often so far into the future they will never have an accountable moment. The future, of course, always arrives, so, just for entertainment, let's check some of those safely-over-the-horizon predictions. It will make us feel better about our ignorance.

First let's set some expectations. The following table is a list of important events that actually occurred in the twentieth century. The dates are estimated moments when the event became apparent. The "Predicted By" columns score successes for some of the sources we have reviewed. The green "+" sign indicates the event was predicted, and the red "-" indicates the event was predicted not to occur. Blank means blank: no mention.

“Looking Forward” is a collection of period pieces composed in the years 1895 to 1905, some of which were predictions. Much of the book consists of essays chronicling, and pictures depicting, life during that time. Since that era is as remote from us as a far-off band of travelers crossing a midnight ridge, it is entertaining to see artifacts they dropped behind as they went. For this purpose, the best course is to get a copy of Looking Forward, and perhaps follow up some of its potpourri by perusing the Harper’s, Life, and Saturday Evening Post, issues of the day. You can find ample access in Google Books. People of that era were as awestricken as we are at the amazing pace of change. “The nineteenth century witnesses greater progress in sciences and in the practical arts of life than all the other epochs of history put together.” Nevertheless, they expected more and better in the twentieth century. Click on the picture at left for an accounting of the book's predictions.

The Ladies Home Journal of December, 1900 published an article by John Elfreth Watkins, Jr., titled “What May Happen in the Next Hundred Years.” Now, there is a fearless prognosticator. You may read the article for yourself, here, or click the picture for our score keeping.

In 1956 the editors of Fortune Magazine assembled eleven essays on the expected state of things in 1980. For their "Fabulous Future" they picked a relatively short horizon and assigned the heavy lifting to a blue-ribbon group of citizens, all famous in their day. The editors felt constrained to excuse themselves by claiming they intended less a prediction of the future than some, “blueprint for what ought to happen.” This might reflect healthy respect for the future’s opacity, or bureaucratic CYA. In any case, some of their essayists break the restriction and give us some solid insight into the world foreseen at the century’s midpoint.

Just before Ray Broussard, see above, was publishing his "Looking Forward," the same title was claimed by a couple of new-age strivers named Keyes and Fresco. These men were interesting on many levels, and their futurism is worth reviewing, but seems mostly to be a recycled utopianism hoping for the best from human nature.

The Atlantic ventured out with the list of worst predictions of all time (see in left column). Now they attempt their own look into the twenty-first century, evidently hoping to preempt the next worst-of list. They've listed some things that will be unthinkable 100 years from now. That's a nice, safe horizon for a prediction. Who cares what those sissies in the twenty-second century think of us. Big deal. They don't know the half of it.

Cartoonists (see below) have made their attempts at predictions. At least when they fail they look less pretentious than those calling themselves "futurists."

Who in the world cares about the future?