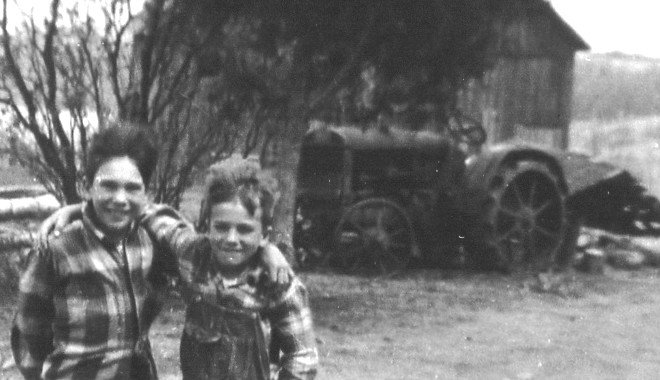 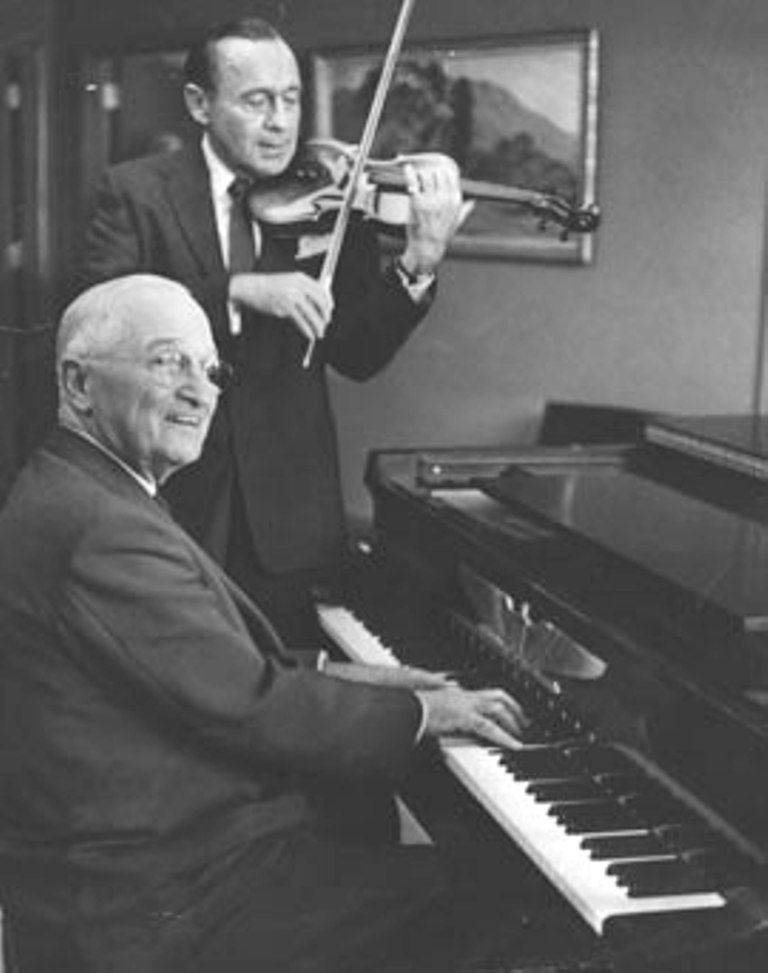 It was the end of 1946 and World War II had just turned everyone loose like horses breaking from the gate. The four of us rode a magical 1935 Plymouth from Richmond, California, two thousand miles across the Sierra Nevada Mountains, across the Rocky Mountains, to Hagar's Grove, Missouri, where Mom's parents lived.

We settled south of Anabel on 140 acres of farmed-out fields, a little bottom land and plenty of brush. Dad worked a team of mules, Jim and Jerk, for the first little bit until he came back from a local sale with a McCormick Deering model 10-10 tractor(10 HP at the drawbar, 10 HP on the pulley). Somewhat later he was high bidder on another McCormick Deering, this one the 10-20 model in the picture above. He bought an acetylene torch, and, after the REA ran in some power lines, an arc welder. He mounted rubber tires on the 10-10's iron wheels, cannibalized the 10-20 for parts, blowing some components off with large firecrackers, dropped in a 1935 Dodge engine, fitted an earth-moving blade, and invented his own tractor. We still called it the 10-10.

The roads were agglutinant Missouri mud, and even the magical Plymouth was sometimes helpless in the muck. The 10-10 always got through. And it plowed, harrowed, mowed, pulled wagons, yanked down trees, hogged out brush; provided transportation when the going was really bad, which was often.

Our neighbors were buying new Farmalls, but not us. Now we find we weren't the only ones using the old McCormick Deerings. Most Internet denizens mention the 10-20 or 15-30 models, but the 10-10 looked pretty much the same, and with that Dodge engine, it was way more powerful. On this page the illimitable Internet connects us to the soulful feeling of those ancient, iron creatures.

By the way, the house, just out of sight on the right side of the above picture, was in slightly better shape than the barn. Plumbing consisted of a crank-pump cistern out back, and an outhouse down the hill below it. Before the power lines came through Dad had a windcharger rigged above the barn's hayloft, and, with a steady breeze, we could pick up WDAF in Kansas City. We could milk the cows to Pat Dunn's morning show.

The following videos document the afterlife of some cherished McCormick Deerings, all of them 10-20 models. The 10-10s don't seem to inspire the same reclamation instincts, or maybe they just didn't survive. These folks are all the real thing.

Here's how to start one of these cantankerous things. Bud has more faith than some people, who would not wrap their thumb around the crank in case it retaliates.

"First run in over ten years! A very nice original 1929 McCormick Deering 10-20 tractor. It has spent its entire life in Nebraska." This is closer our memories of the startup.

"This is number 2 of the home vid series. My 10-20 McCormick I restored. This is about 1992. I sold this tractor for 500 dollars to buy shingles for the new house. Wish I still had it now.....Dan" Except for the neat paint job, this is reminiscent of our experience. Our dog once got herself under those big-lugged rear wheels, on a very muddy road. We ran right over her but she jumped up, apparently fine.

" This is my only tractor. It is a 1929 10-20, all original. Here is the cold starting procedure straight from the tractor's manual. Here's what I'm doing: 1. Open gasoline valve 2. Check to be sure the tractor is in Neutral (A farmer I know knew of someone who was run over by their tractor when it fired up! 3. Pull choke rod all the way out 4. Oil valve train manually (Supposedly 100 drops per use) 5. Fill primer cups with gasoline 6. Set impulse coupling on magneto 7. Retard the spark all the way (when sitting in the driver's seat, all the way left) 8. 3 or 4 cranks (tractor will not fire with spark all the way retarded). As good practice, make sure your thumb and fingers are all on bottom side of the crank and pull up, don't push down. This way, if you ever get a backfire, you wont instantly break your thumb. 9. Advance spark to starting position (there is a notch to mark this position). Open throttle to same notch. 10. Push choke rod in to where it is half-way open 11. 2 cranks should fire it up! (note, these don't have to be too hard or too fast) 12. Push Choke rod all the way in. 13. Git out thar n do some good ol' fayshun 1920's farmin'! Thanks for watching !!! Ryan." Another very typical starting sequence. Lot's of mysterious poking around under the hood, several yanks on the crank, and finally....

Watch them pull this old derelict out of the mud and get it running. 1925 10-20 tractor completely restored.

"This is my 1936 McCormick-Deering 10-20, 10 horse power at the drawbar, 20 at the flywheel. This tractor sat outside as an ornament for many years, until I bought it this past spring. The F-4 magneto and Ensign carburetor were rebuilt / cleaned, and the oil was changed, probably for the first time in its life. In this video I outline the starting procedure, as well as drive the tractor. Notice someone has put rubber tires on the front wheels." The partial rubberizing of the tires makes this one look a little more like ours did. The double-handed cranking is not advised. There always seemed to be someone in our neighborhood with a broken arm from a kickback.

"10-20 McCormick Deering tractor at work on a Corn sheller at the American Thresherman fall show 2014. Lot's of moving parts." Here's one with full rubber all around. Looks like he bought those wheels, though, instead of adapting the iron-tired ones. That's a lot of machinery for shelling corn. Good example of why farming is so dangerous.

"McCormick Deering 10 20 plowing." Sure beats walking behind a horse and holding the share in the ground.

"Glenn Baker's 1924 McCormick Deering 10-20 . engine was seized . freed it up ..honed cylinders ..new piston rings . new Intake and exhaust Valves and new valve springs . cleaned the carb . and one Happy Guy :-)<" This sounds like Dad's winter, overhauling the tractor or the car./p>

"A look back at how it used to be done, this is a video I produced to celebrate my Dad's birthday for 2014, he would have been 87. Robert Mertz--Notice how he pulls up a relatively steep incline. The McCormick Deering had a reputation better than some tractors for not rearing back on the driver." That comment about the rear-back marks this man as a good hand. The Fordsons were notorious for falling over backward, but these things, despite their seemingly high center of gravity, rarely killed you. The approach to the tractor in an old pickup is a nice touch. 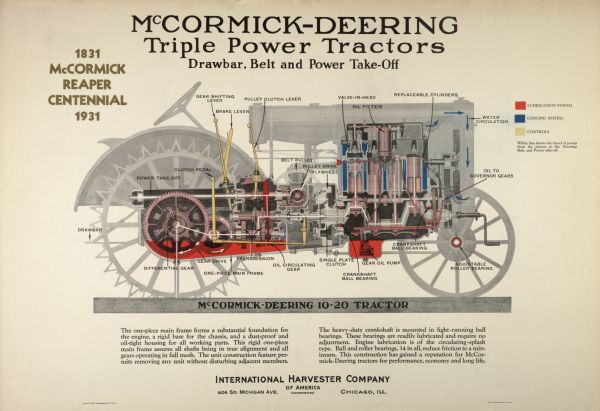 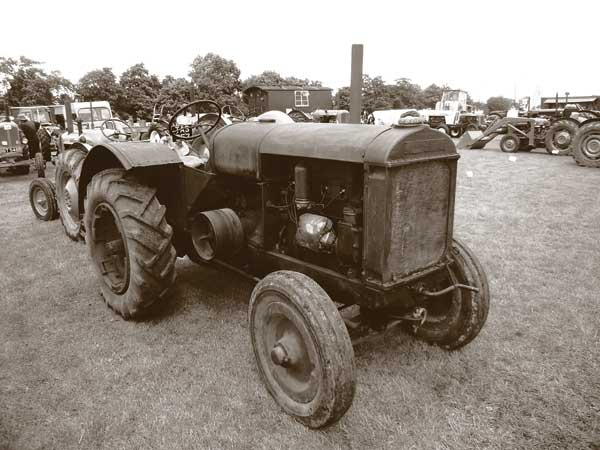 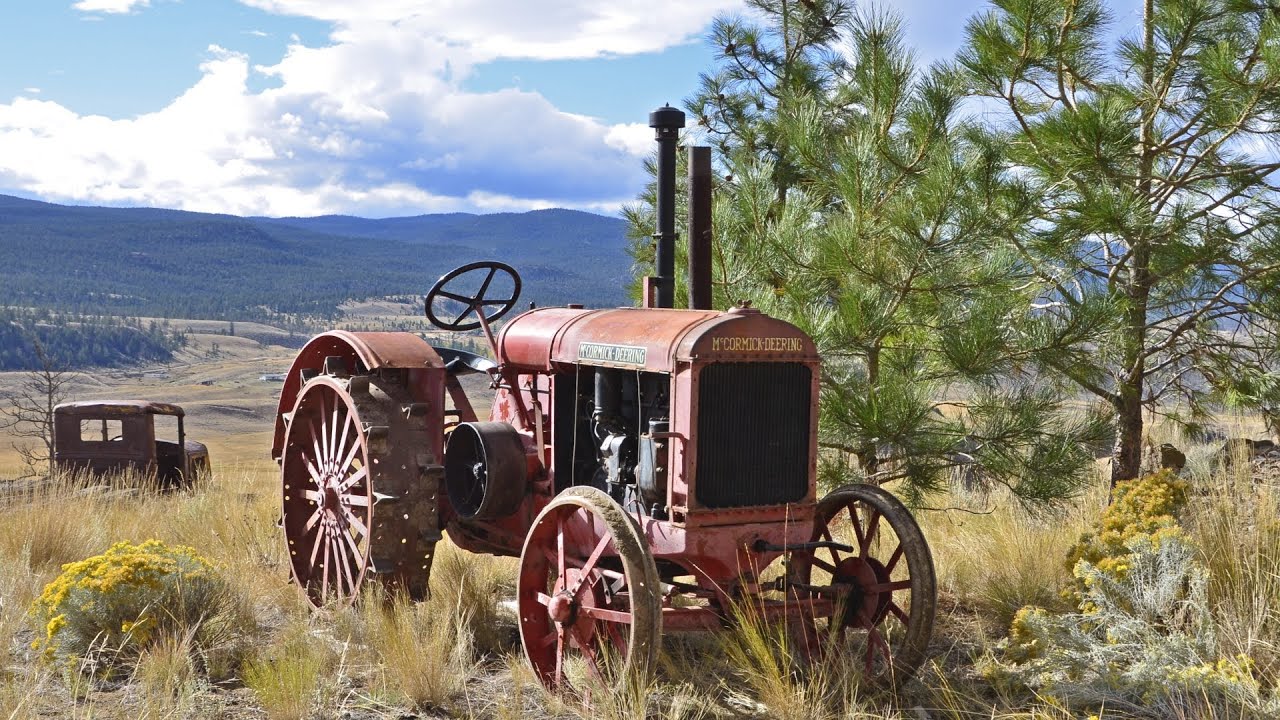 Our old McCormick Deering 10-10 was superior to the mules in several ways. It was high maintenance, but never as high as Jim and Jerk. I always felt sorry for Jerk because, who would want a name like that, but now I find the name may have been functional. In a long team of several pairs, the lead mule on the "near" side, meaning the left side, was connected to something called a jerk line for steering. Maybe that had been Jerk's former life. They were a fun-loving couple of animals, always pranking each other and Dad. One of their favorite pranks was to kick the door off the barn and gambol off down the road toward Shelby County. We'd hear them going at it, and before long Dad was pulling his pants on, and heading down the dark road after them.

One morning we got up and the mules were gone. I didn't hear the full story until a few months before my dad passed away at the age of ninety. He told me about the many nights he walked down the road, always several miles, past the lonely little farms dotted every half-mile or so along the way. He'd always catch up with them after a good long distance, get the bridles on them and lead them back. One night as he went after them he saw someone smoking on the front porch of a dark farmhouse. As he came back leading Jim and Jerk, the smoker called out to him. "I'll give you ten dollars for those mules." Dad told me he turned in at the gate, handed over the lead line and said, "Sold." That was the beginning of the McCormick Deering saga. 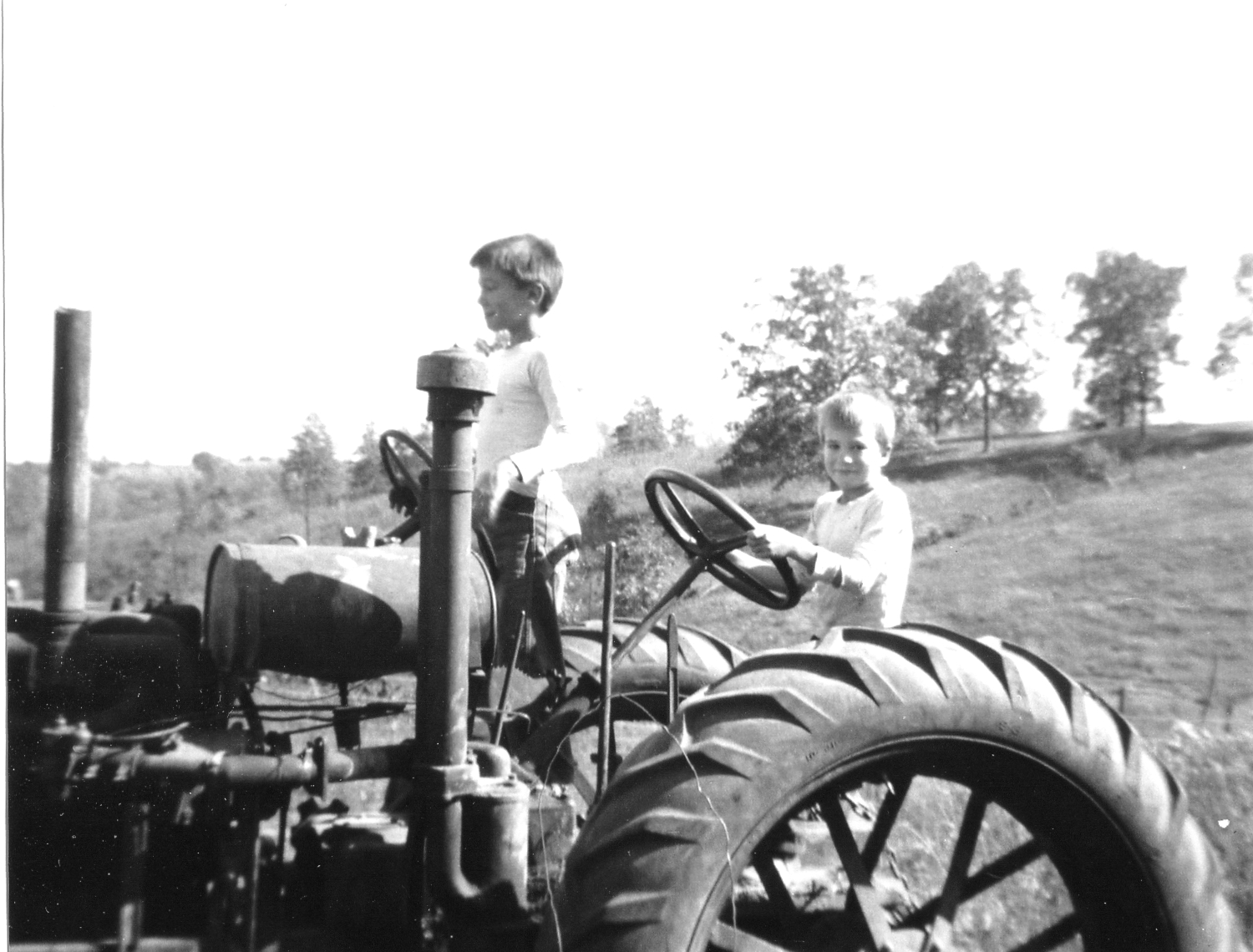 The only known picture of Dad's customized 10-10. The second steering wheel controled the blade. What a machine. Put that thing in road gear, and look out.

Who in the world cares about tractors?