A collage of emergent memories about World War I, an evolution of recollections, passed through generations in the century after.

Eric Bogle wrote, "And the Band Played Waltzing Matilda," in 1971. It tells the story of an Australian WW I veteran.

I became aware of WW I in the late 1940s from the sight of old men bearing visible wounds, and the phrases describing them. "He lost his leg in World War I." "He was shell shocked (gassed) in the war." WW I entered the memory of my generation as a medical diagnosis. It wasn't prominent in our youthful pantheon of wars. It lacked the desperate immediacy of World War II, the killer of fathers and relatives. It lacked the romance of the Civil War, informed by the folk tales of our grandparents. It barely surpassed the arcane substantiality of the Spanish American War, a thing as temporally remote as carrier pigeons. Bogle was inspired to write his famous song while watching the Memorial Parade for Australia's WW I veterans."

School barely influenced our awareness of the century's first great catastrophe. Something called Civics mentioned "Trench Warfare," and "Gassing," and the futility of war. We heard ironic references to the "War to End All Wars," and the "War to Make the World Safe for Democracy." We heard of President Wilson, the League of Nations, and, perhaps from our grandparents, Warren Harding's pledge to, "return to normalcy," often with a partisan reference to Harding's supposed illiterate substitution of "normalcy" for "normality." Our English teachers told us about the "Lost Generation," and we might have read some Hemingway, or, if precocious, some F. Scott Fitzgerald. By college we'd collected some disconnected facts about Paris, The Ardennes, and ambulance drivers. We heard little of Gallipoli, or Passchendaele, and had only a vague idea of timing. It was a war of minor significance. Then came Vietnam. 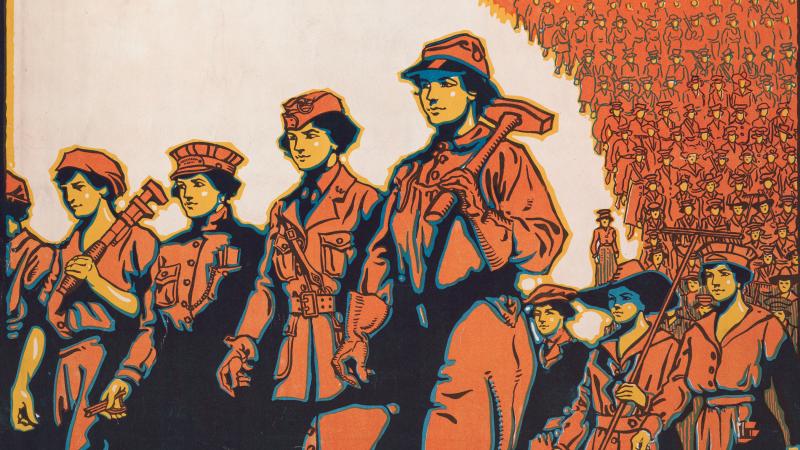 Humanities Magazine gives us a take on the meaning of it all.

The following videos arise from our evolved remembrances of WW I. We have two offerings of "The Band Played Waltzing Matilda," the soul of current wisdom about that horrible war. Most of the other songs have a similar inspiration, but we've included, for contrast, some contemporary works rooted in the patriotism of the day. Our view of the past always contains some recollection of what people at the time believed. The last in this series is a British recruiting song. These and subsequent videos can be expanded to full screen, or linked back to their YouTube pages.

Songs of WWI: It's a Long Way to Tipperary, The Rose of No-Man's Land, Over there, Keep the Home Fires Burning, Pack Up Your Troubles.

Sing for the Boys (Jimmy's Song) from the 100th Anniversary of Passchendaele, 2017.

On the Road to Passchendaele, commissioned for ceremony in 2007.

Along the Road to Gundagai, Australian Folk Song.

By Order of the King.

Protests against the Vietnam war came from the nation's draft-age youth who questioned its necessity."

The Vietnam War was the watershed event of post WW II generations. By the 1960s the Korean War, as terrifying a reality in our childhood as Polio, was, like the debilitating disease, almost forgotten. The Vietnam War was initially greeted with grim determination by the WW II generation. There was talk of Munich, and dousing the ardor of despots. By 1968 the Vietnam cheering section had largely gone silent, or joined the anti-war efforts, and by the time the last helicopters left Saigon, Vietnam was synonymous with misadventure. Its aftershocks rattled through the following decades, shaping American society. One of its effects, apparent early on, was an awakening to the horrors of World War I. 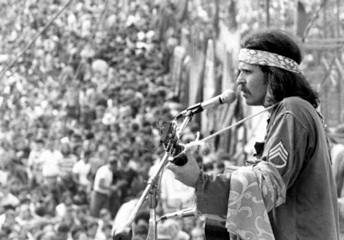 The often ugly social response to the Vietnam war churned a whirl of counter culture. The vivid reality of war appeared in our living rooms, its horror rivaling imagination. Some were sickened, many outraged; all were changed utterly. WW I became a fashionable example of previous social horror; of wounds that never heal. Its consequences ran straight through WW II to the present. Protest encompassed all wars, and its songs took inspiration wherever guns had fired and bombs fallen. Our arrival at the centenary of WW I has inspired a reopening of old social wounds, and a retelling of old catastrophes: a rejection of the concept of war.

The following videos broaden our recollections. We hear some veterans talking to us: those old men of my youth. We hear about the Lost Generation and the 1920s, meet someone transformed by the war, Vera Brittain, and get a mix of gallows humor, contemporary protests, an assessment of WW I poetry, and a quick look at WW I geography. There are also two occurrences of WW I in current society, as a vehicle of civic pride, and of social analysis.

Last Voices of WW I, documentary.

Vera Brittain-A short video about her WW I memoir.

Importance of Poetry from WW I.

Oh, It's a Lovely War-Courtland and Jeffries.

Hanging on the Old Barbed Wire-sung by Frank McConnell.

Sgt. MacKenzie-From "We Were Soldiers."

Popular Music of the WW I Era.

World War I and America: a Pageant at the Peters Township Public Library, 2017.

Why it is important to remember WW I-International Centennial Planning Conference, 2013.

Americans had little appetite for participation in WW I, and entered only after Germany's destruction of civilian ships, and its meddling in Mexico."

War protests can sometimes feel more theoretical than practical. There is a naïve but popular sentiment that wars are fought by people who love war. "It takes two to have a fight," I used to hear from school administrators when encouraging young miscreants to avoid violence. It had some validity for youngsters struggling with undeveloped cognition. For adult conflicts it always seemed exactly backward. It takes only one to start a fight. It takes two to make peace. Conflict can't be willed away. War can't be eliminated through passive surrender. When adults, or societies, value their goals more highly than the means of attaining them, violence is an option. Bullies exist, and war hangs on their calculations about effective resistance. 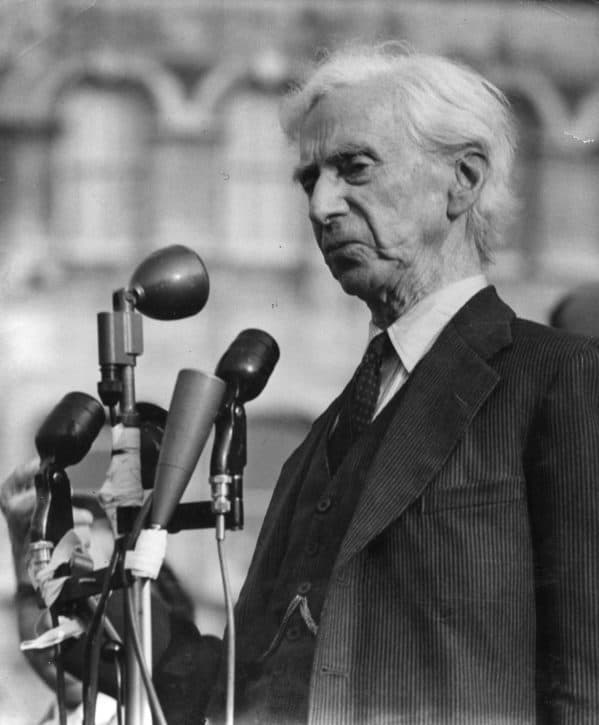 Protest movements to ban the use of nuclear weapons arose immediately after WW II, and produced the ubiquitous peace sign.

A peaceful society's decision is seldom between peace and war, but between slavery and freedom. These memories of WW I are important precisely because moral equivalency fails. The power of a lament like "The Band Played Waltzing Matilda" comes from the energy of its truth. It is a tragedy, not an indictment, of the human condition. It is the question at the core of our most secret mystery. Why?

Still, remembering the true cost of war is the only way to justify the means of deterring our neighborhood bullies. "The Band Played Waltzing Matilda," will not deter an aggressor, especially in our age of push-button holocaust. Perhaps, though, it will remind the rest of us of the existential risk of enabling them.

Who in the world cares about WW I?